In the first part of this article, we introduced LoRa and LoRaWAN from a technical perspective. Here, we explore the practical applications of LoRa, including a look at how LoRa-powered sensors are helping to increase efficiency in animal feed silos. 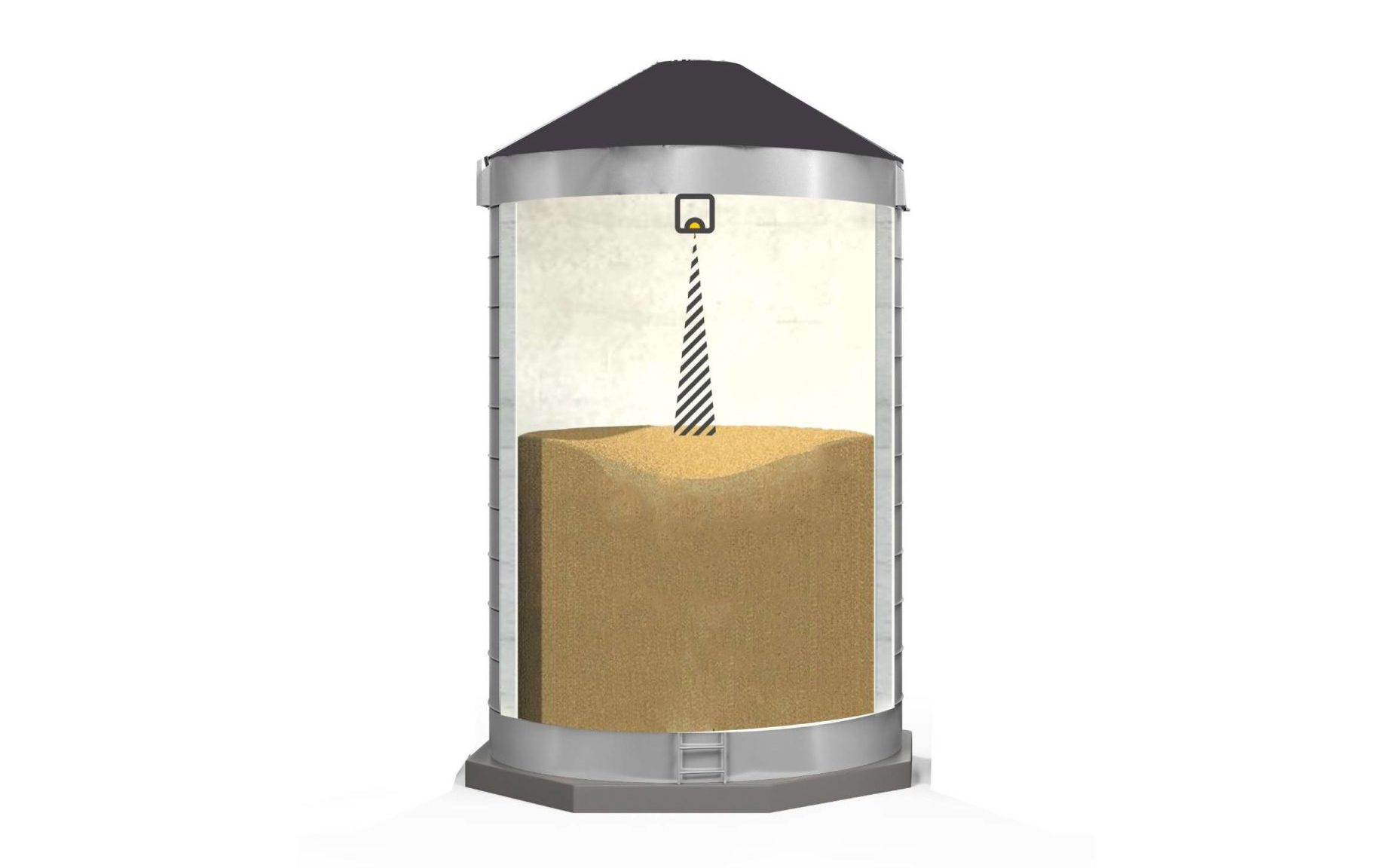 This article is based on the webinar “An introduction to LoRaWAN and LoRa-powered sensors”, hosted by Krzysztof Zurad and Roberts Rabcevskis.

When and why is LoRa the right choice for you?

LoRa is a wireless communications protocol optimized for long range and efficient power consumption. This makes LoRa the ideal choice for distributed sensing or Internet of Things (IoT) applications.

“Consider a farmer who wants to monitor moisture levels in soil. Typically there is very limited access to cellular networks in rural environments, and farms are distributed over an area much larger than what can be covered effectively by Wi-Fi. LoRa is the obvious choice for networking the moisture sensors,” explains Krzysztof Zurad, Product Manager, Terabee.

“Alternatively, consider a “smart city” application: monitoring parking spaces in a city, using a large number of battery-powered parking sensors. Because LoRa is optimized for low-power operation, networking the sensors via LoRa means they can work for years before their batteries need to be changed.

“The biggest limitation of LoRa is bandwidth – however distributed sensing applications typically only involve sending very small amounts of data within a given time period,” says Krzysztof Zurad.

For example, a parking sensor only needs to relay information every few minutes rather than multiple times per second. In this case, using LoRa instead of cellular technology keeps the cost of sensors to an absolute minimum.

The client in question, a pig farmer in Switzerland, was looking for a better way to monitor his silos storing livestock feed. On a large farm, the question of when to order more livestock feed is central to day-to-day operations. Usually, silo stock levels are checked manually. This is time-consuming and can be dangerous too, as it typically involves climbing tall silos. (1) 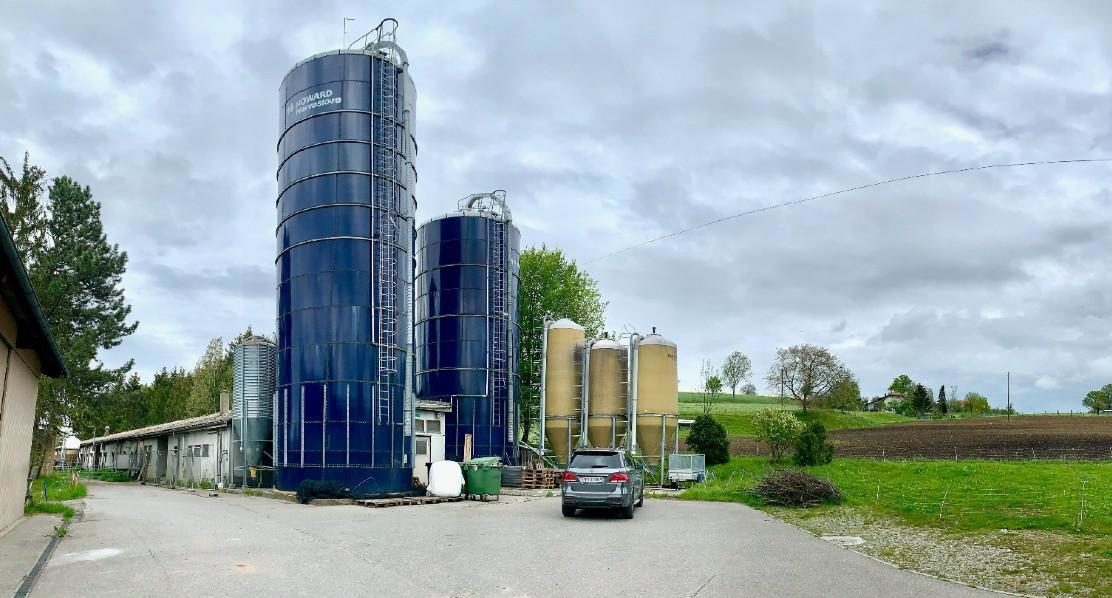 “Thinking you have more feed left than you actually have is a common pitfall on livestock farms. In addition, last minute feed deliveries can be extremely expensive,” says Roberts Rabcevskis, Product Manager, Terabee.

“In this case, the client was seeking a way to automate monitoring of silo levels and ordering livestock feed to make the farm’s operation safer and more efficient.”

The solution required a way of measuring the remaining fill levels in the silos and transmitting this data periodically over a long distance. Brunata selected Terabee’s self-powered LoRaWAN level sensors to fulfill this role. Setting up this system was straightforward.

“Next, the Brunata team went to the farm and tested the network coverage, using a LoRa field tester. They wanted to make sure that the radio frequency signal between the closest gateway and where the sensors were being installed was sufficient to transfer data.”

With these checks completed, two sensors were installed on top of the six meter silos, on removable hatches. “After just a few minutes, the first data on feed levels was available on the farmer’s smartphone, and accessible via a web application.” 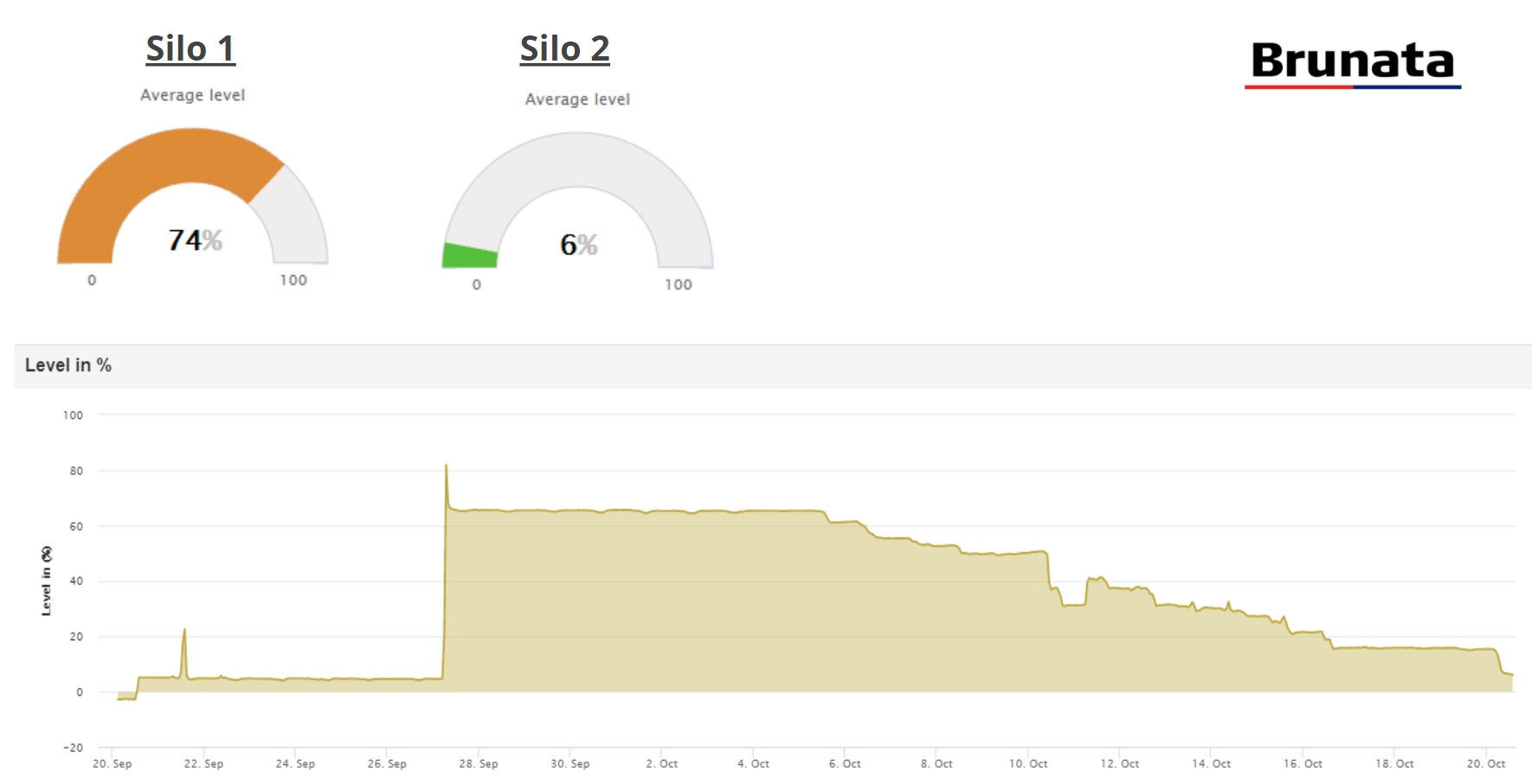 “The result is that the farmers no longer need to go out in the field to manually check feed levels. This saves both time and money, and enables the staff to focus on other important parts of the business operations,” adds Roberts Rabcevskis.

In addition, automatic logging of fill levels enables historic consumption patterns to be studied. In turn, this enables farm managers to improve their forecasting and better plan deliveries.

“All of this is based on accurate collected data,” explains Roberts Rabcevskis. “With real data at hand, businesses are able to further optimize their operations.

Q: Which LoRa network type is best for new LoRa users who want to set up quickly and with minimum cost?

A: For new LoRa users who want to get started very quickly, Terabee recommends using one like The Things Network. It’s a public server and there might be a gateway in the vicinity. Once it has been determined that your LoRa device works as intended, Terabee recommends looking for a private network server for deployment or  for some other paid network servers. If no public LoRa server is available, new users might have to buy a gateway themselves.

Q: Can users avoid cloud servers and use LoRaWAN locally with their own network server?

A: Yes, it is possible to run a private network server. ChirpStack is one example. Its open source can be installed on any small PC, enabling users to run an entire LoRa network for free. Running a private server like this means there’s no need to send data outside, but users need to take care of maintenance and adding gateways.

Q: How secure is LoRaWAN?

A: LoRaWAN has been designed from scratch with security in mind. This means that every single transmission between the sensor, the network server and the application server is encrypted. Each sensor has a set of unique keys, called DevEUIs, which are known only to that device. These keys need to be registered on the network server side. Then if the keys match, the device can communicate with the network server through an encrypted session without any risk of eavesdropping.

Q: How long does the battery last on the Terabee Level Monitoring XL?

A: This depends on application. To give an example, with an update rate of one measurement per hour, users can achieve four to six years of battery life depending on climate and temperature. 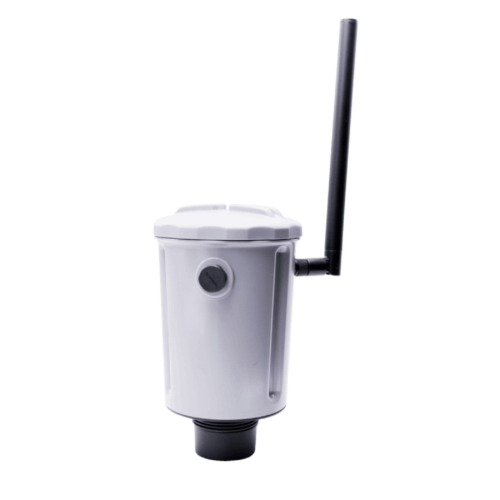 Battery-powered, LoRaWAN, LED ToF, up to 60m
INTERESTED? CONTACT US
Monitor material fill levels inside your silos and tanks using wireless, low-energy Terabee IoT devices. Our LED Time-of-Flight technology can reach up to 60m range for non-intrusive inventory management - from small to even the largest silos!

No cabling means fast installation with reduced cost and easier deployment in remote locations. Level data is transmitted over the air, directly from your silos, using LoRaWAN with kilometers of coverage area. The battery-powered design provides years of autonomy, and when it’s empty, simply replace the battery.


For other regions, we are working to add more versions.
Contact us to register your interest.

An introduction to LoRaWAN and LoRa-powered sensors. Part 1 The basics