Blog / How to deal with light? Sensing principles inspired by nature

How to deal with light? Sensing principles inspired by nature 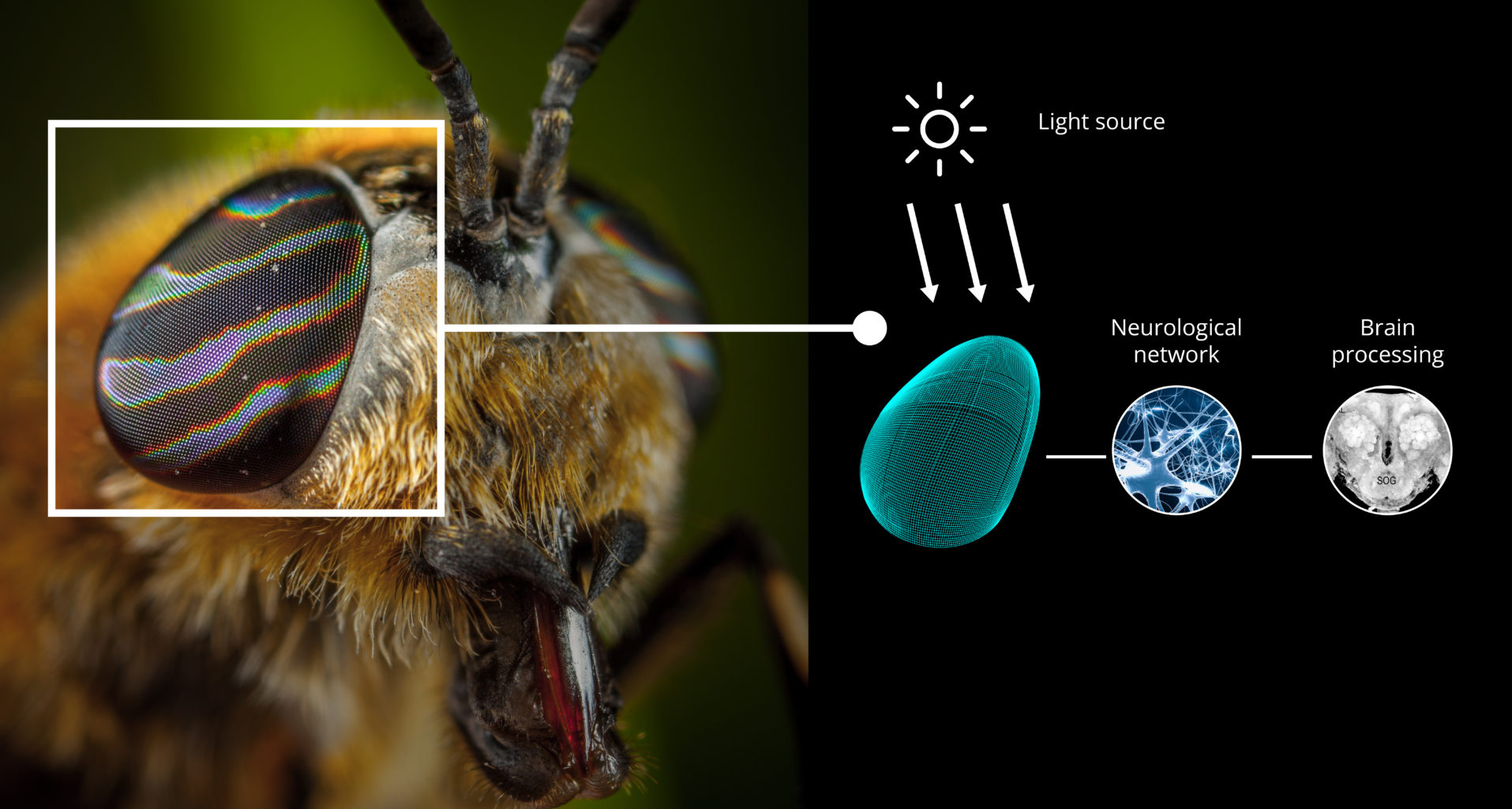 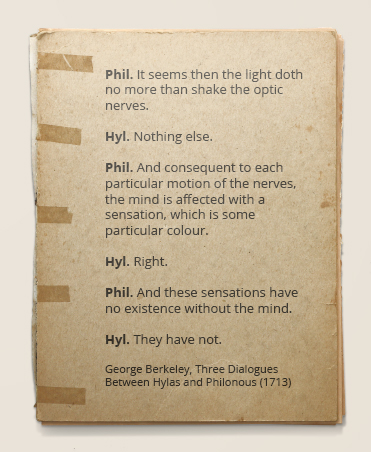 One of the greatest lessons nature can teach us is adaptation. Being able to sense and adjust to external conditions is key in evolution, not only from a biological but also from a technological point of view. Here we discuss how our sensors apply the fundamental teaching on flexibility and resilience that nature has to offer us.

How do hawk moths see in dim light conditions?

The platonic view of Berkeley on how the world is perceived might be too far fetched for our scientific, fact-based view of reality. There is nevertheless a simple undeniable truth to the words of Hylas and Philonous, that reality, regardless of being out there before or after our same perception, is shaped and formed thanks to the senses and how they are tuned to the environment.

Take the hawkmoth, for example, a tiny lepidopteran that mostly spends its life roaming in the darkness. It feeds on flowers, but is tasty prey to its predators, so adaptation proved essential to survival, eschewing daytime feeding for nighttime feeding.
In response, hawkmoths developed a new strategy, enabling them to see in low light conditions. Their brains, in particular, use a mechanism, called neural summation, to increase the sensitivity to light signals and adapt to the low level of photon intensity.

Several studies have shown how the capacity of summing over neighboring visual units increase the signal’s strength, thanks to time correlation, and the noise reduction, due to its uncorrelated and random nature1. The summation is achieved by decreasing the response dynamics of the photoreceptors and consequently increasing the integration time, namely the time span when photons are collected.

The integration time in the photoreceptors needs to be very sensitive in order to accumulate the required amount of light, but also to adapt to the specific situation the insect is experiencing. For an insect flying or moving fast, a high integration time would lead to a blurred image, detrimental to the safety of the insect itself. A trade-off between optimization of signal and adaptation to external circumstances is dynamically set to allow the insect to move fluidly and safely.

The concepts of signal and noise are crucial in the optimization of vision, especially in low-level light conditions.

Imagine having a square target divided vertically through the middle into two equal parts, left and right. Throw a dart N times and count how many hit the right and left sides. If N is a small number, the number of hits on the right side will differ significantly from the left side. Now spend the night throwing darts to the target, and keep counting. If you don’t get tired and do it long enough, you will see that the number of hits left and right tend to equalize.

The same happens with photons; if a large number of them are collected, the resulting image will be clear and bright enough. When only a few are available, due to their independence, the collected image will only consist of unrelated points, perceived as noise, which is called “shot noise”.

The bigger the N number, the more the signal rules over noise, increasing the quality of the image2.

‘Not enough’ is a matter of time

Our sensors are active, meaning, they emit light and collect the same light that is being reflected back by objects in their field of view.

For example, a TeraRanger Evo Mini does not need external light to see, its sensitivity to the environment is limited only by the way the objects reflect the light back to its receiver. Even in utter darkness, the sensor is capable of sensing what’s in front of it.

Nevertheless, if for a moment, we forget about the active emission component of the sensors, the way they see the world around them is analogous to that of a moth, or a human, for that matter. A detector, similar to the photoreceptors of a moth’s eyes, is used to collect light and to form an image of the outside world.

As for the moth’s eyes, the intensity of the collected light needs to be high enough for the signal to win over the noise.

In the obvious case of highly reflective objects, this is easily achieved. But what about times when the necessary level of returning light is not reached? Consider a black light-absorbing material, where only a low percentage of the light sent makes its way back to our sensor.

Here is when nature comes to our rescue. In fact, the same strategy set by evolution for moths is used in our sensors. They are capable of adjusting the time in which they accumulate photons to the detector, based on the amount of light reflected back. This adaptive method works not only for dim light returns but also when too much light is returned.

Too much light is detrimental for the sensor’s receiver, since it provokes what it is called saturation, leading to an overexposed image, as when a photo is taken with an extremely bright light source in front of the objective.

To counter this phenomenon, the sensor needs to dynamically maintain the amount of light to an acceptable level, allowing it to obtain a reliable detection. The time for integration of the signal has been set up to a predetermined maximum; an ‘ad libitum’ accumulation of the signal would slow down the sensor’s response time and therefore make it not suitable for dynamic real-life applications.

So, as we see, nature again sets the blueprint by which technology can be designed and optimized. 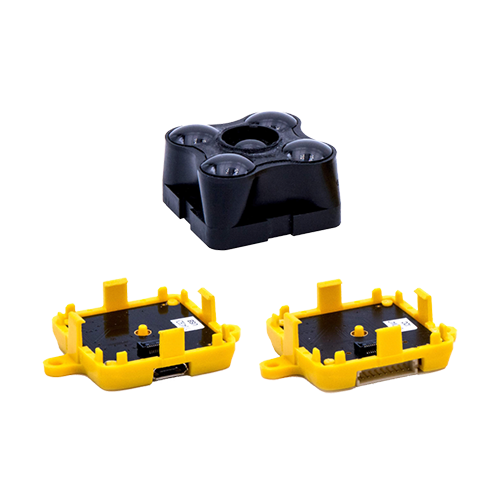 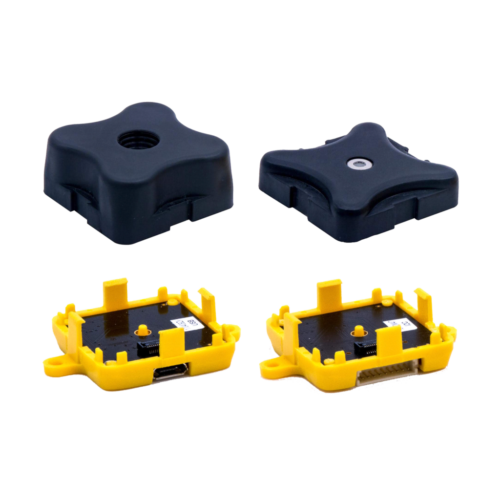 The modular two-part design of Evo sensors allows quick testing and prototyping with a variety of interfaces including USB and UART. Just clip-on your preferred interface backboard to any Evo sensor. No additional calibration is required as the sensors stream factory calibrated temperature values in decikelvin.
Discover and buy 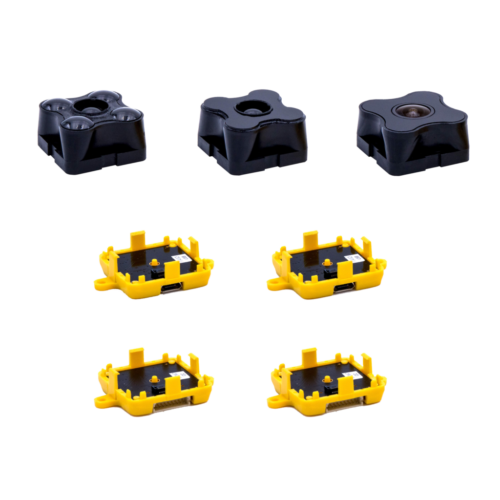 The modular two-part design of Evo sensors allows quick testing and prototyping with a variety of interfaces including USB, UART, and I2C. Just clip-on your preferred interface backboard to any Evo sensor. No additional calibration is required as the sensors stream factory calibrated distance values in millimeters, out of the box.
Discover and buy
contact now