The aim of this document is to show the behavior of the sensor in controlled indoor conditions and to give greater insight into the sensor specification sheet, notably around the maximum range and the accuracy of the sensor readings.

For these tests, up to 45 TeraRanger Evo 3m sensors were used with TeraRanger USB backboards. To help validate the tests, crosscheck tests were also run using the TeraRanger UART/I2C backboard, and on multiple sensors. 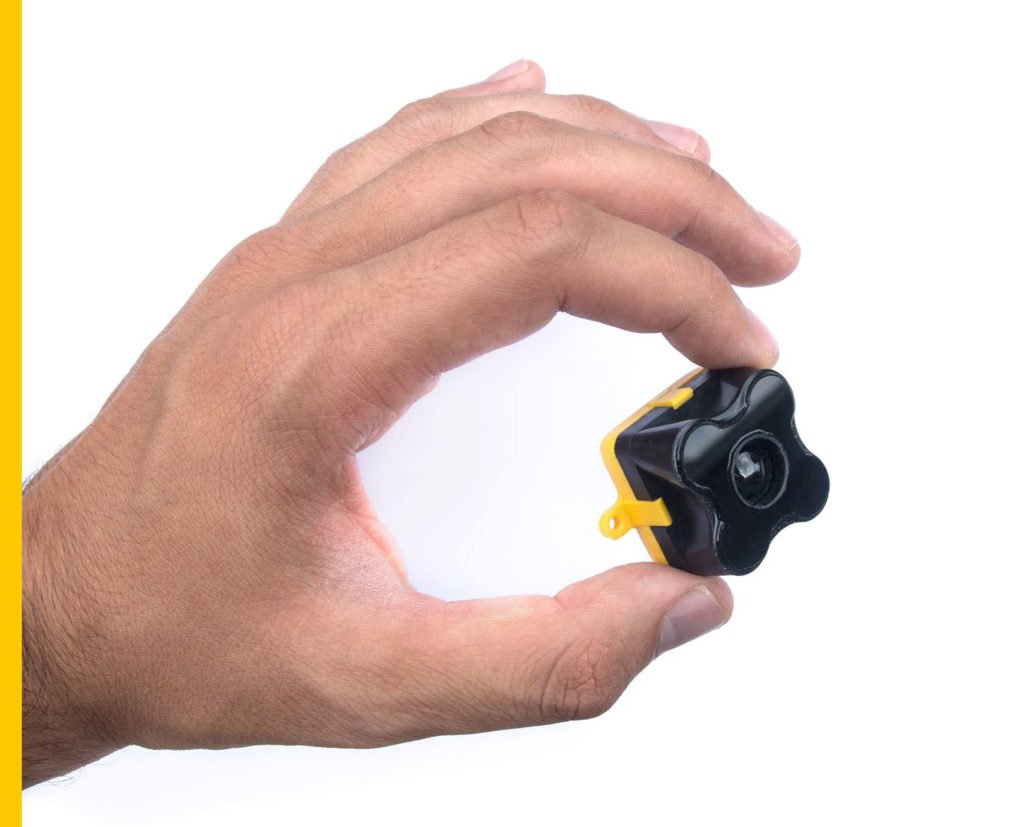 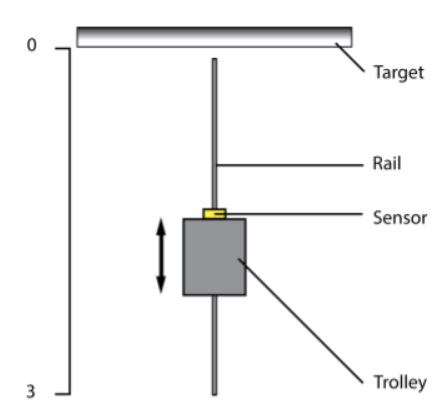 The sensor was mounted on a trolley driven along a rail perpendicular to the target. The sensor was linked to a computer to collect the data. The data was streamed via Hterm terminal software.
The target was fixed. Only the sensor was moved in relation to the target to change the measured distance. The sensor was positioned at a height that guarantees the FoV of the sensor does not point at the floor at a distance of 3m from the target (which is the maximum range of the TeraRanger Evo 3m). A calibrated laser measurement device was attached to the platform and considered as a benchmark.

The aim of the test is to report sensor accuracy based on varying targets and Near InfraRed (NIR) light conditions. Three different target surfaces have been tested and three different NIR light levels, in indoor conditions.

The different targets are described below:

*Light level : the light level is defined by a scale of 3 different Infrared illumination levels.

We evaluated the TeraRanger Evo 3m sensor in the specific environment, as described below: 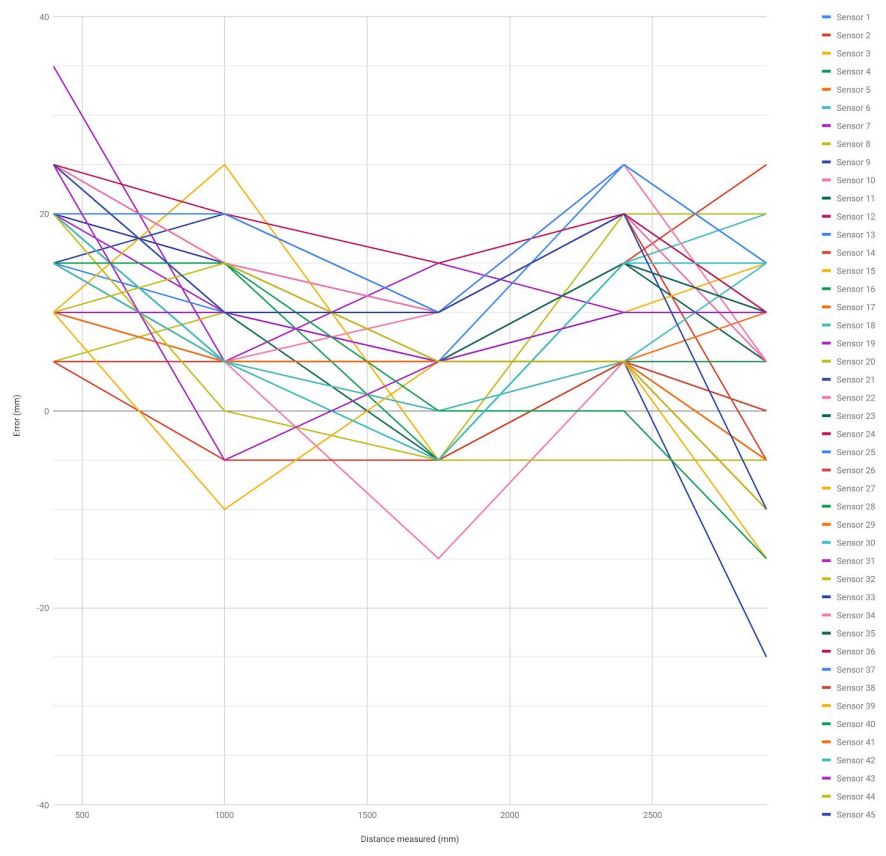 Based on these results, Terabee can confidently claim that the performance of the TeraRanger Evo 3m is within the +/- 2cm accuracy declared on the spec sheet in controlled, indoor conditions. 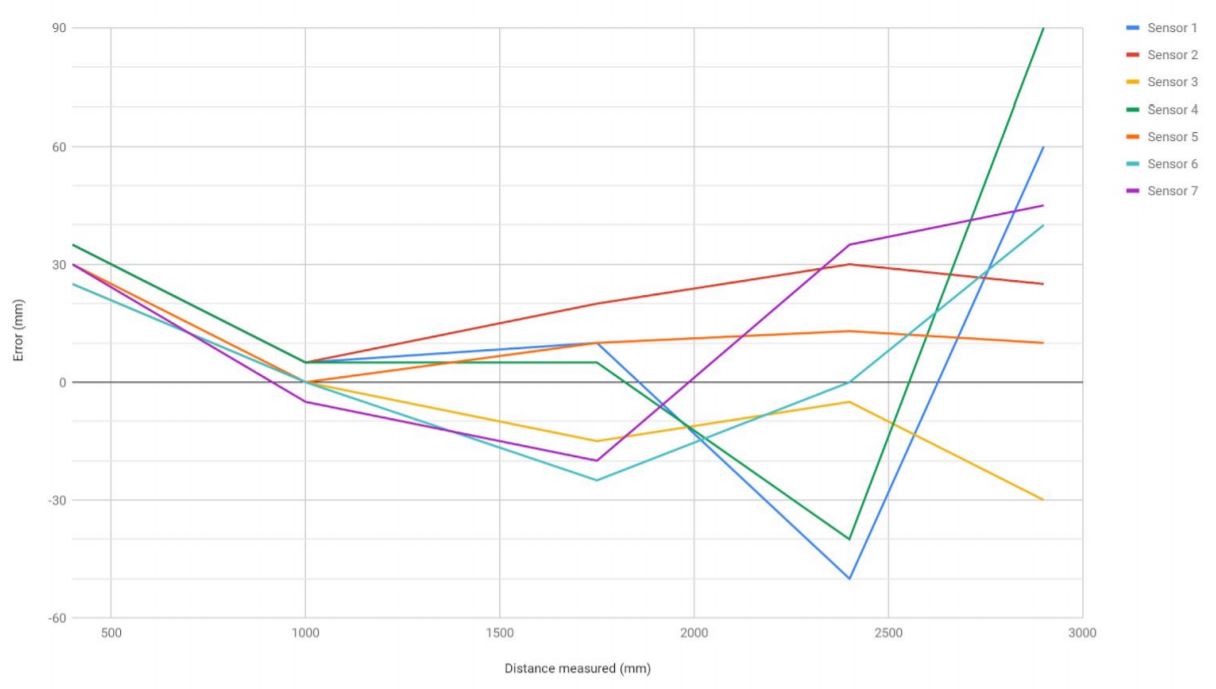 Based on these results, we can see that the accuracy of the TeraRanger Evo 3m is slightly affected in the close range, below 50cm, but remains stable and within the +/- 2cm accuracy up to the 2m range. At this NIR light level, and above 2m range, accuracy is reduced, generally tending to slip outside of the +/-2cm accuracy. 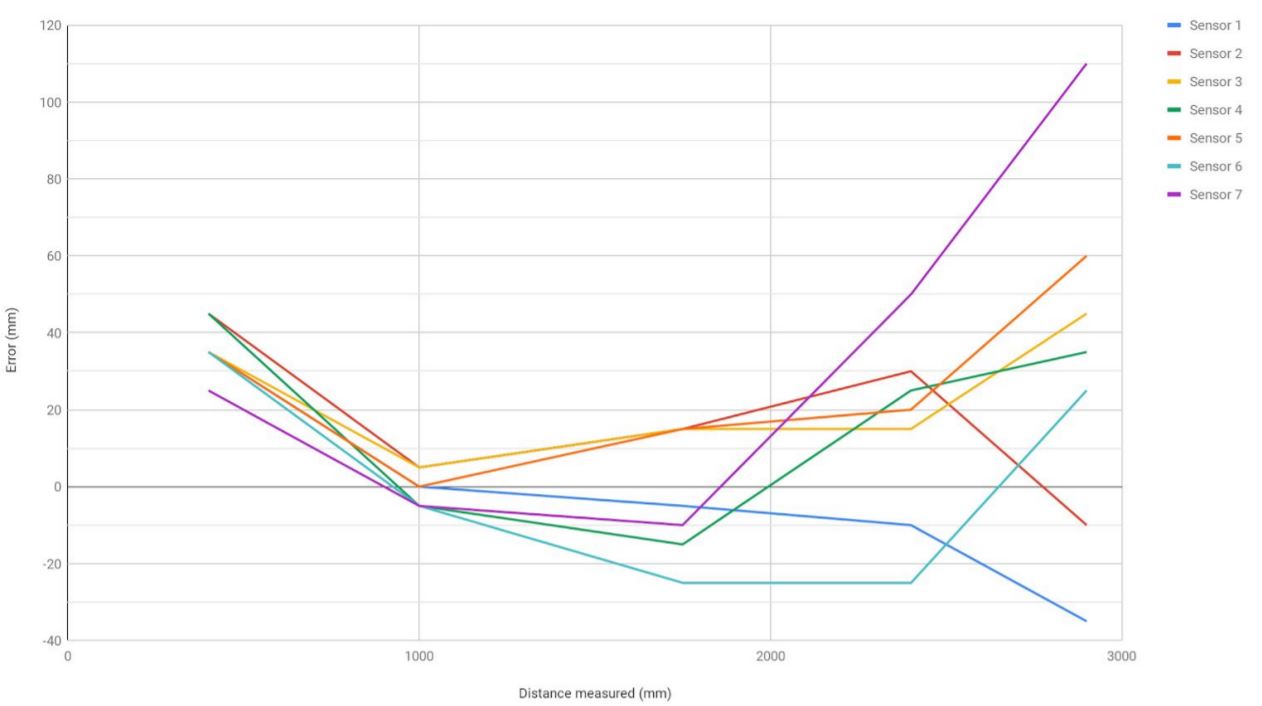 Based on these results we can see that with increased NIR light (level 3) the performance of the TeraRanger Evo 3m is affected more adversely, especially at ranges in excess of 2m. 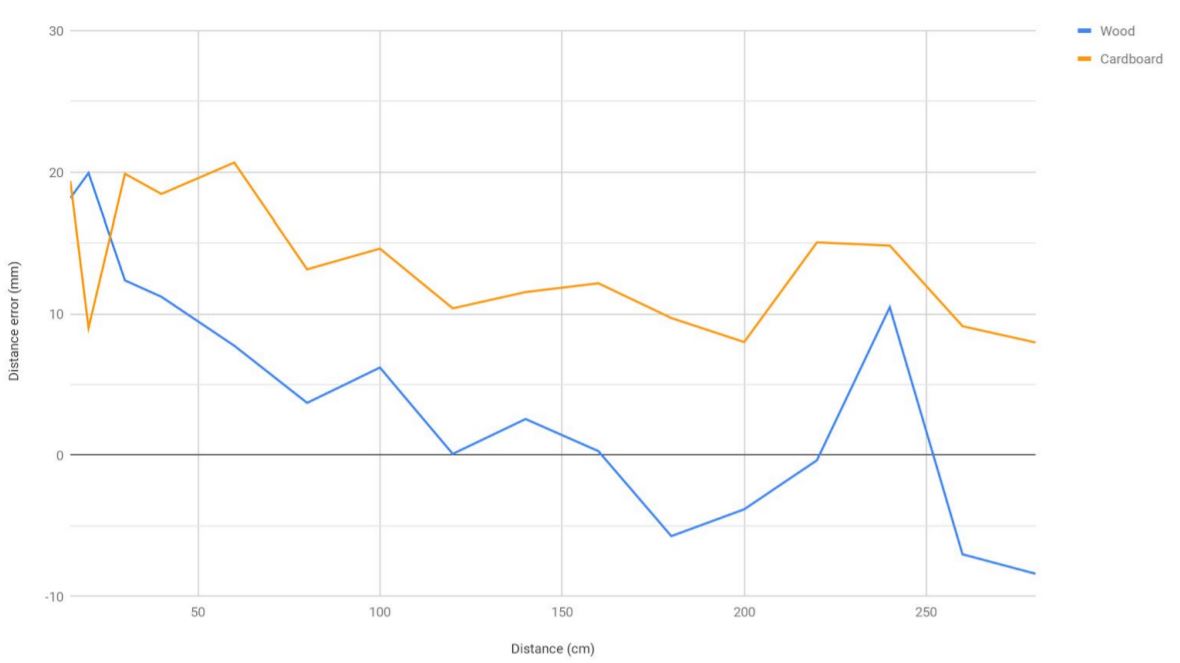 Graph 4 illustrates that the +/-2cm accuracy is achieved not only within controlled test environments (white wall) but also measuring against two random, non-controlled target surfaces (wood and cardboard).

Performance of the TeraRanger Evo 3m has been evaluated in indoor conditions, with a control target and with wood and cardboard targets. The +/-2cm accuracy is reliably achieved in these conditions.

In conclusion, we can state that the highest performance is reached in indoor conditions where lower interference from NIR is encountered. NIR interference will rise when direct sunlight is introduced to the target surface. - The brighter the sun, the greater the ambient NIR, but remember that NIR interference can also be introduced by halogen lamps and other external sources. The graph below shows a representation of the potential non-linear effect of increasing NIR. 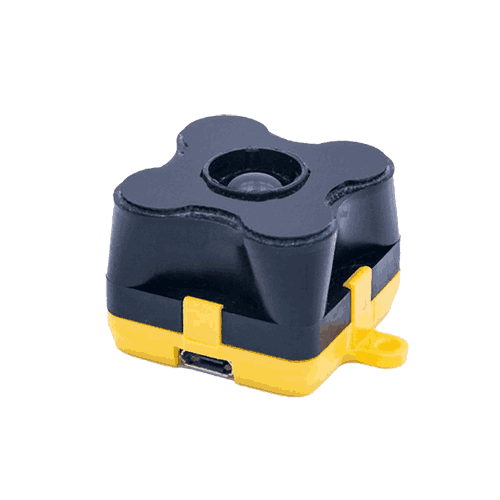 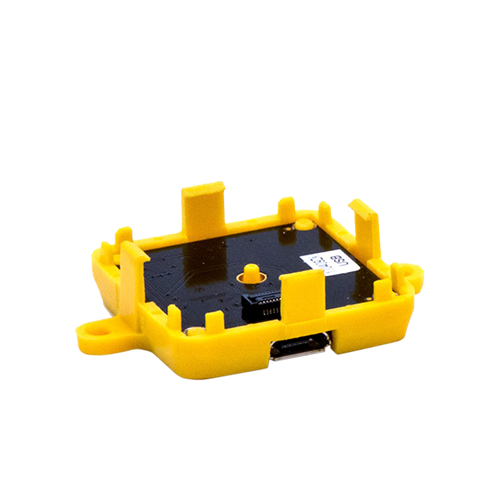 USB Backboard for TeraRanger Evo sensors
from €25.00 ex. VAT
USB Backboard is an easy to clip-on interface board, compatible with all sensor modules of TeraRanger Evo family. The lightweight board allows connection between Evo sensors and a USB-supported device, ensuring quick tests on a PC and streaming distance data via our graphical user interface. 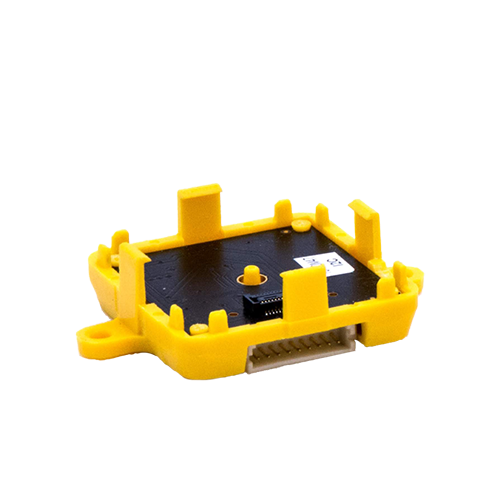 TeraRanger Evo I2C/UART interface
from €25.00 ex. VAT
I2C/UART Backboard is an easy to clip-on interface board, compatible with all sensor modules of TeraRanger Evo family. The lightweight board allows connection between Evo sensors and an I2C/UART-supported device, allowing, for instance plug’n play compatibility with Pixhawk autopilots.