To help build your background knowledge, here you will find the most common questions we receive about the Terabee People Counting L-XL device, and how the solution can be integrated into your systems. If you can’t see your question here, please contact one of our technical experts. 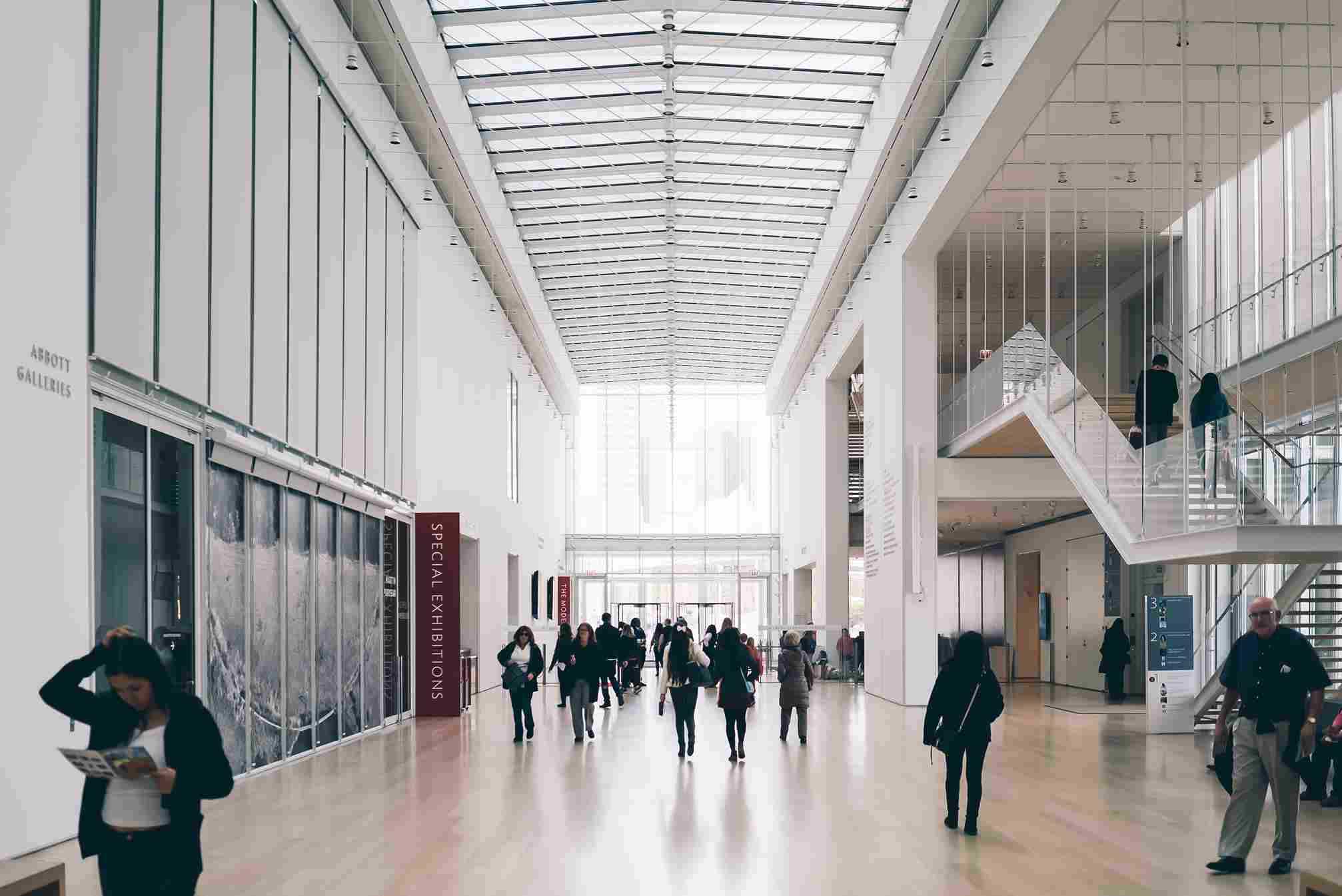 How do the Terabee People Counting L-XL devices with PoE or LoRa communication protocols compare?

How do Time-of-Flight people counters work?

The Time-of-Flight (ToF) principle is a method for measuring the distance of an object from a sensor. It lies at the heart of Terabee’s People Counting systems. The sensor on the IoT hardware device emits near-infrared light that is invisible to the human eye.

When the light hits a surface it is reflected back to the sensor. Because we know the speed of light, the time taken for the light to be emitted and received back enables us to calculate precisely a distance at very high speed and many times per second.

Each pixel of the sensor is therefore a distance measurement in millimeters, which results in a global depth map that can be used to detect forms and shapes, like humans. By using active Time-of-Flight technology to sense distances, the people counter collects non-intrusive depth image data, meaning that no personally identifiable information (PII) is ever captured.

What are the advantages of Time-of-Flight people counters?

With integrated 3D Time-of-Flight technology, the People Counting L-XL device does not capture any RGB images that would lead to personally identifiable facial data. Therefore, the device circumvents the need for anonymization technology. It captures individual movements within predefined areas with no end-user interaction. No personal information is processed between capture, transmission, or analysis.

Our technology also works just as well in low light conditions, and a broad range of temperatures. Subsequently counting accuracy is far higher. It is common for us to attain 98% accuracy and above.

How does Terabee’s people counting technology accommodate two people passing through a door at the same time?

The People Counting L-XL device is able to track multiple people within its Field of View. If two people pass below the sensor simultaneously, it will count two people correctly.

Is there a minimum distance for the sensors to distinguish two people passing below?

There is no minimum distance for the People Counting L-XL. The device will distinguish two people even when they are positioned extremely close together.

How does Terabee guarantee the privacy of the people passing under the device?

3D Time-of-Flight technology does not capture RGB images or visuals that identify people. The output from a Time-of-Flight GDPR-compliant people counting device is anonymous people counts, when there is someone entering or leaving the area being monitored. This cannot be easily interpreted by an observer as in the way that data can be from a video camera or a facial recognition system.

Such a Time-of-Flight device does not collect personally identifiable information like facial features. The devices collect anonymous data only and, by design, they are unable to capture personal identity information as they do not use a camera or similar technology.

What is the counting accuracy of Terabee People Counting L-XL?

We frequently achieve 98% accuracy, or more.

What is the Field of View?

People Counting L-XL features a large detection area of 74° x 57°. When mounted at 4.0 m height, the people counting sensor will detect an area that is 3.4 m wide, and more than 15 meters wide, when five devices are installed in a series to cover wider areas.

What are the power requirements for the sensors?

The People Counting L-XL uses a standard RJ45 Power over Ethernet cable for PoE model or micro-USB supply with minimum 5 V – 2.5 A for LoRa model.

There is no calibration necessary on installation. The devices are calibrated during the production process. The only thing you need to calibrate in the settings is the height of the device from the floor. There shouldn’t be any requirements to recalibrate or change settings during the lifetime of the product.

How do I configure and integrate the Terabee People Counting devices?

Everything is included within the devices, from the depth image to counting detection and counting algorithm. The devices also host a local web interface that can be easily accessed by any WiFi-enabled device. This gives immediate access to all relevant parameters for easy configuration and set-up, such as installation heights, counting area definition, data push features and multi-device configuration.

Once installed, people counting devices can either be connected via Terabee’s IoT Platform or easily integrated into existing platforms via a direct data transmission in HTTP or MQTT (PoE model), or via LoRaWAN data protocol and a LoRa gateway (LoRa model). This enables multiple spaces and entrance or exit points to be monitored together.

Watch our “how-to” tutorial videos and learn how to simply configure the standard parameters via the web GUI, set up the Coordinator and Subordinate devices, and define the Counting area for People Counting L-XL.

Do any APIs exist?

Terabee provides an API to retrieve the counting information available on the IoT platform.

To access the API, you need to register to the Terabee IoT Platform services. You will be able to access occupancy, Entries, Exits and to create sensor association with rooms and buildings.

How does the Terabee people counting device communicate and integrate within a Building Management System (BMS) software?

When the device is installed, it is set up to immediately start counting. Everything is included within the device, from the depth image to counting detection and counting algorithm. The data is transmitted on a LAN network, either through Ethernet, via HTTP or MQTT protocols to a host. The host can be a local server, a web server or a cloud platform. The LoRa model is compatible with every smart building gateways supporting the LoRaWAN data transmission protocol.

Our people counting system can also be connected to a Building Management System (BMS) or any other system software (such as a meeting room booking system). The middleware between our device and the BMS aggregates and computes the data and creates any triggers required for the BMS, such as triggers to adjust heating or ventilation within the system.

Is there a reset count to mitigate errors? How does it work?

Terabee People Counting L-XL device is 98% accurate in typical situations. This is why, to avoid cumulative errors over days, a configurable reset function comes with our products which applies a reset on the counts when the building is empty (at noon by default, but the reset hour can be different depending on the user needs).

How many sensors does my building need per room/space for counting?

Terabee People Counting devices are installed above doors and passageways. Therefore you may consider every point where people are passing and where it is interesting for you to know the number of passages. To know the occupancy of a space, you need to cover all the entrances and exits to have accurate metrics. Our team will be happy to help you assess the number of devices if you can share a floor map.

Is the Terabee People Counting L-XL suitable for my business and industry?

We recommend our People Counting L-XL for indoor environments use and in the smart building (commercial, residential, tertiary building) or retail sector.

What support services does Terabee offer for my projects?

You can take advantage of a comprehensive suite of support services especially for Systems Integrators and Solution Providers, from the design, deployment, commissioning to ongoing maintenance of People Counting projects.

Terabee People Counting Services gives you a way to benefit from our extensive knowledge of the latest People Counting technology, deep industry experience and the unparalleled expertise of our in-house team of technical support professionals.

Call on Terabee’s experts to help you at any stage of your People Counting project. Whether you require remote or in-person support, we are here to assist.

Terabee present at the IBS Smart Buildings show, in Paris