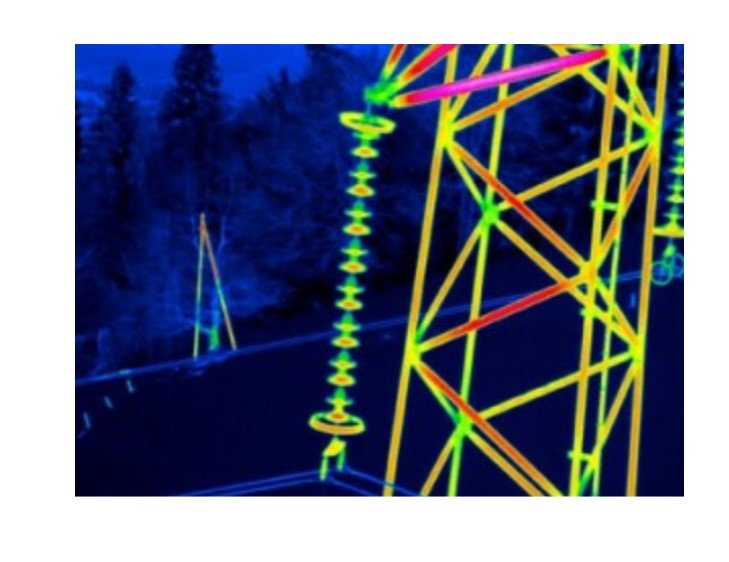 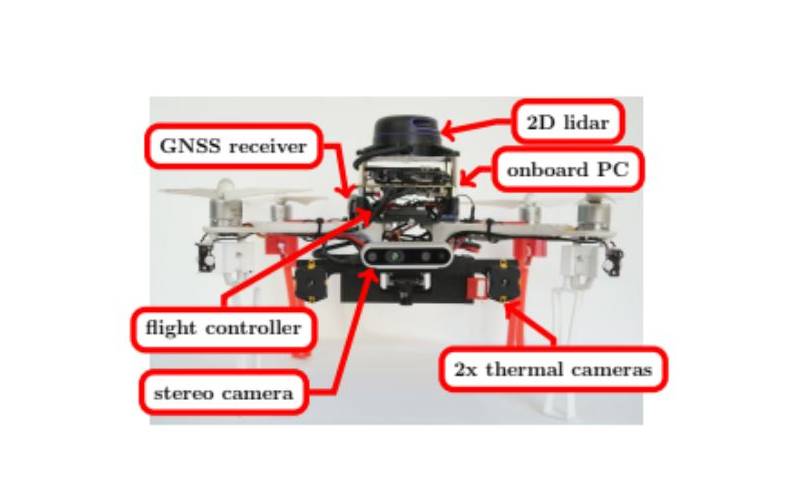 We are delighted to announce a new scientific white paper to which we have contributed.

As part of the AERIAL-CORE Multi-robot Systems Group, Terabee has collaborated with the Czech Technical University in Prague and SoftServe to write a scientific paper that will soon be published, on the “application of stereo thermal vision to perform preliminary inspection operations of electrical power lines by a particular class of small Unmanned Aerial Vehicles (UAVs), aka Micro Unmanned Aerial Vehicles (MAVs)”.

The paper will cover the use of two Terabee Evo Thermal 33 sensors, used in a stereo configuration, for stereo thermal vision inspection of electrical power lines by UAVs.

(Image: The proposed MAV platform along with a description of the hardware equipment.)

This work was triggered by the European Union’s Horizon 2020 research and innovation programme AERIAL-CORE.

Here is an excerpt from the abstract of the paper: “The proposed hardware and software setup allows the detection of overheated power equipment, one of the major causes of power outages. The stereo vision complements the GPS information by finely detecting the potential source of damage while also providing a measure of the harm extension.”

The Czech Technical University and Terabee are both partners of AERIAL-CORE, an EU project that leads innovation in aerial technology for power line inspections and maintenance. Its main objective is the development of core technology modules and an integrated aerial cognitive robotic system that will have unprecedented capabilities on the operational range and safety in the interaction with people, or Aerial Co-Workers for applications such as the inspection and maintenance of large linear infrastructures. 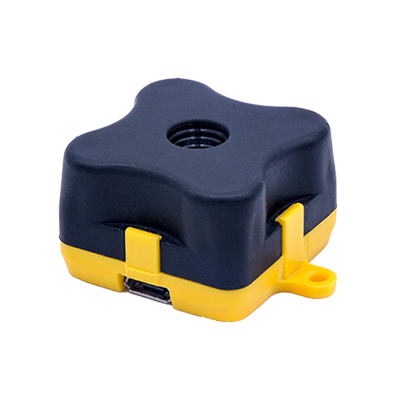 Infrared thermal camera, 33° FoV
from €174.00 – €199.00 ex. VAT
The thermographic addition to the TeraRanger Evo family offers versatile performance in a compact and affordable design, ideal for measuring human body temperature from a distance.

Evo Thermal 33º version - obtain a more detailed thermal image with the 32 × 32 pixel resolution over a 33º Field-of-View. Measure heat variations at an extended range (13m for human detection) with a 7 Hz sampling rate. The sensor weighs only 12 grams making it suitable to OEM applications and systems integrators. 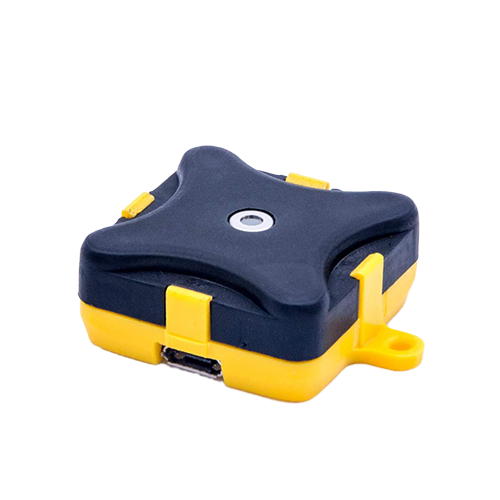 Evo Thermal 90º version - benefit from a wide 90º Field-of-View to cover larger areas for monitoring temperature variations. The small and lightweight (from 7 grams) design makes it an ideal solution for system integrators and OEM applications.
Discover and buy